We imported Irma from Sweden when she was just 12 weeks old. Her breeders are Boel Niklasson & Birgitta Andersson of Argenta Schnauzers.

Irma finished her American Championship easily with her "look at me" attitude, harsh coat, beautiful movement, and soundness.

Irma is the dam of Regional and National Specialty winners and group placers. 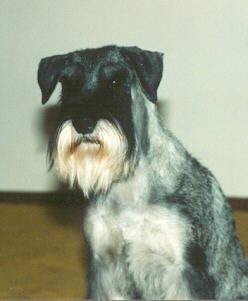 Donie is our second import. He came to us from Sweden when he was just 8 weeks old. Donie's breeders are Boel Niklasson & Birgitta Andersson, Argenta Schnauzers.

Donie quickly worked his way into our hearts.....his love of life and all the "Donie Games" he plays keeps us laughing.

Donie is proving to be an excellent producer. He is passing on his beautiful coat, head, and type to his puppies. He is a sire of five champions of record, including National Specialty winners and Group Placers

Sophi has made herself at home in America by taking over the house. Her sweet personality has won her a special place in our hearts.
Sophi is the dam of four champions of record (including two specialty winners), making her an SSCA Leading Producer 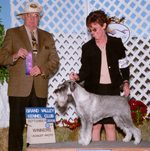